Home
Vikings History
What gods did the vikings believe in?
Prev Article Next Article

Like any group of people, the Vikings had their belief system. They also have a pantheistic form of religion, which conflicted with the beliefs of monotheistic religions like Christianity, Islam, or Judaism. A lot of their religion and beliefs are made known to us through sources like the Prose and Poetic Edda, both of which were written by a Christian in the 13th Century.

The downside is that the Vikings never kept a written record of their customs. They believed in oral preservation, bypassing down their knowledge through legends and tales. So, there is no way if know for sure whether what is written about them by Christians is objectively true or tainted with biases. Which begs the question, what was the Vikings’ religion about? What were their beliefs and what type of gods did they worship? In this post, we will be taking a closer look at what is known about the religion and beliefs that existed during the Viking Age. 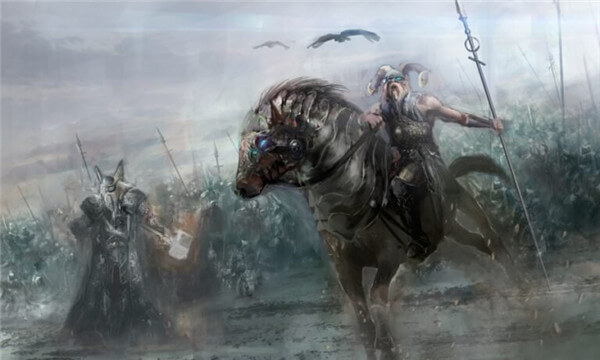 The Viking religion was known as the Old Norse religion or Norse paganism as the early Christians referred to it. There isn’t much written about the Old Norse religion, most of it entailed oral rituals and traditions. It was, however, fully integrated into the Vikings’ everyday life and culture. So much that you would say it was more of a lifestyle than a religion.

What is known about this religion is believed to have been colored differently being that they were written by early Christians who were mostly against it. Still, some writings coincide with what archeologists have discovered from Viking remains. What is known for sure is that like Romans and Greeks, Vikings also believed in and worshipped multiple gods. This is based on the number of different altars that were discovered in Viking sites. It is also certain that the Viking did not live as one big community, but a small group spread out across a vast region. These groups were led by chieftains who played priest-like roles. The worshiping of the Norse deities in this religion, involved sacrifices, sometimes of humans, but most of the horses.

Although the Vikings’ faith in their religion was strong, most of them started converting due to political pressure. When they started raiding regions around the British Isles, they got into contact with more and more Christians. Since Christians refused to trade with pagans, Vikings had to undergo temporary christening to be allowed to trade. Gradually, Christianity was adopted and the Old Norse religion was done away with. This mostly was based on whether or not the chieftain of a particular group converted or not. 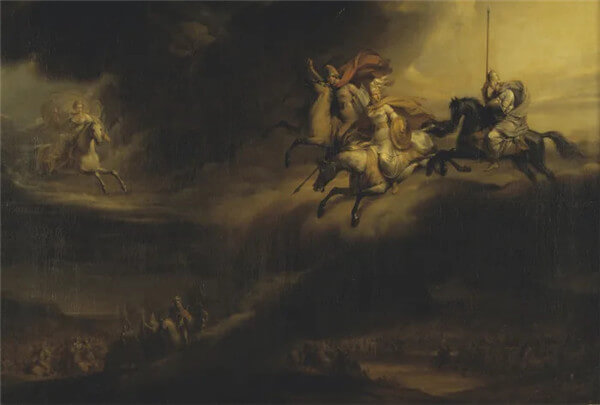 What Did the Vikings Believe?

Like any religion, the Vikings also had various beliefs even about creation. Like the Christians, Vikings also believed that the universe was created from nothing, a bottomless abyss, they called Ginnungagap. It is here where two elements of fire and ice collided and the melted ice from it created the first-ever being, Ymir, a frost giant, and a giant cow called Audhumbla.

While Ymir suckled on Audhumbla, she licked on ice eventually discovering the first Norse god Buri, who would later have three grandsons, Odin, Vili ad Ve. The three brothers would then kill Ymir and use his remains to create the world of men. They also created Asgard where the god’s dwelt. Based on this, it is clear that the Vikings believed in multiple gods and that they shared the universe with gods and mystical creatures like giants, dwarves, and elves.

The most famous among the Norse deities were Odin, Freya/Frigg, and Thor. This was because they had days of the week named after them. Odin’s day, otherwise known as Woden’s day, was Wednesday, Thor’s day was Thursday and Freya/Frigg’s day was Friday.

The Vikings also believed that living a brave life meant that you’d have a great afterlife. That is why Vikings believed that it was braver to die in battle. They believed that the heroes slain in battle would have their souls carried by Valkyries, female spirits. The Valkyries would take half of the souls to Valhalla, Odin’s hall, and the other half to Fólkvangr, Freya’s hall. Both of these places were equivalent to heaven for Christians, where the slain heroes would spend their afterlife in merriment. Those who weren’t killed in battle would have their souls taken to Helheim, ruled by goddess Hel. This was almost the equivalent of Christian Hell although it was neither a place of torture nor of bliss. 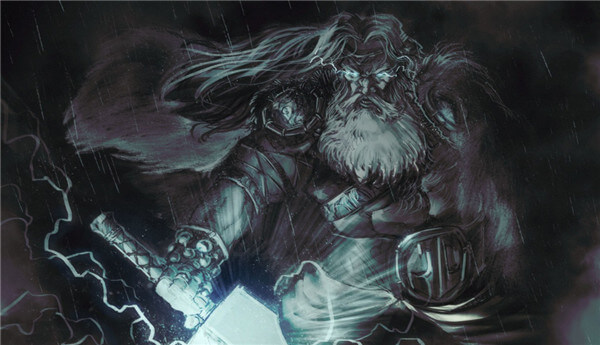 Among all the Norse deities that the Vikings worshipped, the most revered one was Odin. This was because he was the Allfather, the supreme deity among the Norse deities. He is also responsible for the creation of the world and is said to later have a hand in its destructions as well.

To the Vikings, Odin was a one-eyed god who had a deep thirst for knowledge and would go to any lengths to acquire it. He was therefore referred to as the god of wisdom, magic, and poetry and was considered an omniscient god. He was also considered a successful warrior who never lost any battles hence was also the god of war. The Vikings, therefore, looked up to him for motivation and courage whenever they would go into battle. As fights and raids increasingly became a part of the Vikings’ culture, Odin took a more central part in their religion.

As a way of worshiping Odin, the Vikings had certain rituals that they took up from the tales told of Odin. For example, before a battle, the Vikings would throw a spear overhead their enemies shouting “Odin owns you all!”, as a way of offering them up to Odin to ensure their victory. This was something Odin did during the Aesir-Vanir war. Another ritual was offering human sacrifices to Odin by either spearing them or hanging them or both. Such rituals were what led Christians to view Vikings as barbarians.

In as much as Odin was the most prominent figure among the Norse deities, he was not the only Norse god worshiped by the Vikings. The following are a few of the Norse deities that were revered in the Norse religion:

Balder – Odin and Frigg’s son. He was the god of Light and a gentle god who was kind and loved by all. Even though he was almost invincible, he was killed by the trickster Loki who used how twin brother to pierce him with a mistletoe dart.

Frigg – she was Odin’s wife and Queen of the Aesir. She was the goddess of fertility in terms of motherhood, the household, and marriage. She was also associated with the earth and often depicted as a faithful wife and devoted mother.

Freya – she is a Vanir goddess who is often confused with Frigg because of their overlapping roles. She was also the goddess of fertility, love, desire, and sexual intimacy. Unlike Frigg, she was depicted as more promiscuous, using her beauty and desirability to her advantage.

Idunn – a minor goddess with an important role. She was the goddess of beauty and youth, who grew golden apples that the Norse deities ate to retain their youthfulness and vigor.

Heimdallr – he was the guardian of the Bifrost. This was a rainbow bridge that the Aesir used to connect Asgard to Midgard, the land of humans. Without the Bifrost, Midgard was inaccessible to the other realms.

Thor – he is the son of Odin and the god of thunder, and storms. He is considered to almost be as powerful as Odin and is almost as revered by the Vikings, given that he was also an excellent warrior with his mighty hammer.

There could be more about the Viking religion that is may have been lost given their lack of written records. Unfortunately, we may never get to know, if more gods existed, or mystical beings or realms that weren’t mentioned in the surviving Norse sources. Even in these sources, some gods are attested more than others, and a lot of what is known is based on speculation. What is sure though, is that the Vikings’ religion was just as real as any other religion today, with entire structures, and belief systems.