The Vikings explored every dimension of life, for one they were explorer’s and masses of them traveled far and wide from their native homelands in durably built ships. They also settled peacefully in areas where their ships docked, they were however not a very friendly lot as they did a lot of misdeeds. For example, they stole from people, robbed using violence, and also participated in slave trade.

In terms of Sports, the Vikings enjoyed swimming, running, and participated in the tug of war better known as Toga Honk. They played ball games with stick and ball and they were also wrestlers. The Vikings also did one very important thing that had an impact on the entire globe, they provided the foundation for governance, and were also known to have educated the world.

Moving over to their economic activities, the Vikings were agriculturalists and derived some of their food products from fishing and hunting.

Where did the Vikings come from?

Vikings came from modern-day Denmark, Norway, and Sweden, they traveled by sea and settled in different places including Scotland, Wales, North America, Ireland, Iceland, and England. In the ancient days, they were referred to as the Scandinavia seafaring warriors. And despite them being independent farmers, the Vikings came from rocky and sandy lands that were not good for farming. 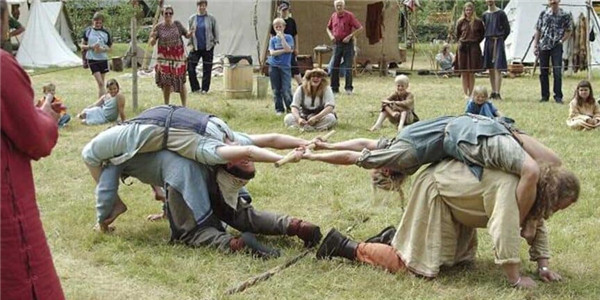 When not raiding, the Vikings were very productive individuals and participated in various economic activities.  As noted earlier, they traveled by sea and in sturdy boats that they had built. Vikings are known to be skilled craftsmen more so when it came to boat building.

Another of their noble occupations is that they were good explorers all thanks to their boat-making skills. The Vikings are also known to be skilled metal workers, they also produced good wood carvings, were excellent fishermen, and carried out trading activities.

The Scandinavians largely participated in the barter trade and would exchange goods for wine, pottery, silver, and spices. The Vikings were also famous for making different varieties of pastry and are famous for the development of the bullion economy, which was a framework where traders basically exchanged goods for gold and silver.

They bought things like silk, glass, and jewelry and then proceeded to sell items such as wool, tin, fur, leather, walrus ivory, and wheat.  Besides living in ancient times and even actively participating in the barter trade. They also used coins as a form of currency, and the small businesses that found the silver coins to be too valuable would cut them into two pieces.

Sometimes people would be allowed to pay with the hack silver which was a silver ingot or a silver arm ring that was cut into two pieces of the relevant size and weight. The Vikings never used coins as a form of payment and it was specifically used in making jewelry among other items. Silver was their most important currency in commerce it was first used as a commodity when payment was made by weight and later as coins when payment was made using a specific number. 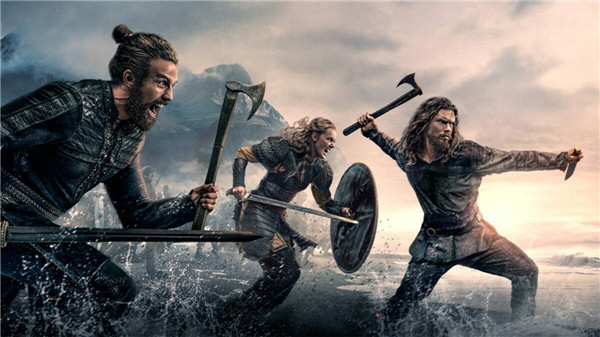 The Viking’s expansion was triggered when they became aware of the wealth that their neighbors had, and that is in terms of silver and land. Another reason for the expansion of the Vikings was the increase in population that also prompted them to raid. The Vikings also expanded because of the establishment of trading networks in Europe.

As the Vikings expanded to take over their neighbor’s land and property, they took up many roles. They looted, some did trading while others acted as mercenaries and colonialists. Their expansion is also believed to have led to the Norse explorers, who sailed a good percentage of the North Atlantic, they also sailed to North Africa and even reached Russia.

The Vikings are also believed to have traveled through the Mediterranean and expanded to reach Constantinople including the Middle East. They also expanded to the west under the leadership of Leif Erikson and sailed to North America where they set up a temporary settlement and which is current Canada, Newfoundland, and L’Anse aux Meadows.

The Vikings are also known to have built more permanent settlements in Greenland, Normandy, Faroe Islands, Great Britain, Ireland, Iceland, and Russia among others. Of the many theories that have been developed as to why the Vikings expanded some researchers are of the idea that the Vikings primarily sailed and raided as they sought foreign women. The above is because the rich and powerful Viking men had many concubines and took in many wives.

Thus their polygamous nature led to a shortage of women for the average Viking male. Another theory that explains why the Vikings migrated and consequently expanded is that there was an increase in the number of youths and according to their tradition the firstborn son of the family inherited their family’s entire estate. The above-spelled doom for the younger sons of the family because they now had to emigrate or participate in raids that they could build fortunes of their own.

One researcher reiterates that the younger Viking men migrated because of the prestige of owning expansive tracts of land. Another reason for the expansion of the Vikings was a reduction in agricultural production that necessitated the need to find more farming land. Vikings are also believed to have expanded because the old trade routes became less profitable, meaning that the Vikings now had to go out and seek out new trading routes.

It is believed that the trade that existed between Western Europe and expansive Eurasia might have ended when the Roman Empire lost its western provinces. Let us also not forget that there was an expansion of Islam that greatly reduced trade opportunities within Western Europe as most resources were redirected along the Silk Road.

The expansion by the Vikings consequently led to the opening of new trade routes in both the Arab and Frankish lands. They then took control of the trade markets that were previously owned by the Frisians. Notable is that this trade route opened after the Franks destroyed the Frisian fleet. Another factor that encouraged the expansion of the Vikings in Europe is their desire to acquire and trade silver. 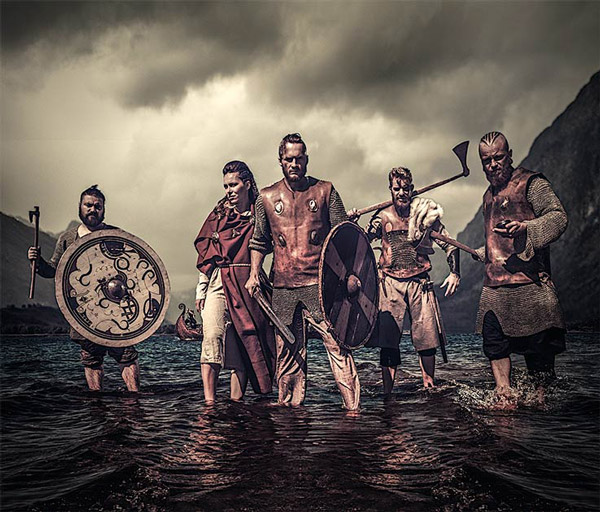 How Did They Get There

The Vikings were smart and technology was their thing, and since they were explorers they directed most of their technological inventions and innovations to marine. They made ships that moved fast in the water, one’s that could carry the largest number of men and ships that could contend with the difficulties of the upriver system.

You might be wondering how the Vikings navigated in the high waters, well the smart individuals built themselves a sun compass and which much less than complicated featuring a simple circle and a pin in the middle. The compass took readings with regard to the time of day and the height of the sun. From the description of the compass, you can tell that it was far from accurate and which means that at times the Vikings ended up in unexpected destinations as they would be blown to different places accidentally.

What was interesting though is that the Vikings never lost their route back home, no matter the unexpected final destination that the wind blew them. What is even more interesting is that they could give sea directions to visitors who wanted to visit their homeland. Vikings did not spare the natural world and therefore used Crystals to navigate their way back to their homeland.

All they did was observe the colors that it turned, either light or dark. The crystal could be used when there was a fog and they also used it to observe the direction of the sun and which enabled them to figure out the direction that they were traveling in. 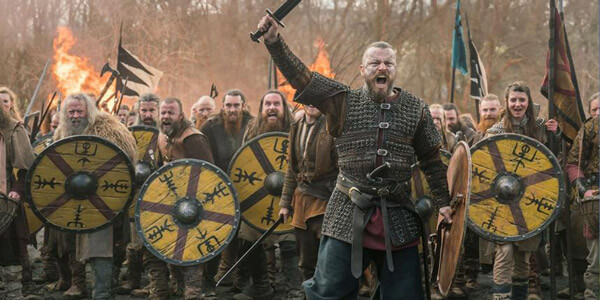 What did the Vikings bring back from their expansion?

The Vikings brought a lot of luxury equipment from their expeditions, most of which were missing from their lands. The first most important item that the Vikings took pride in was silver, they took home a lot of the Frankish silver and which was recovered in Denmark. The silver was brought in the form of belt buckles and fittings, which were at times used as sword mountings or parade harnesses.

It is also believed that some of the silver objects were given to the Vikings as gifts by the Frankish nobility, mostly as payment for mercenary work or as a show of good faith. Another interesting item that the Vikings brought from their expedition was the Ribe Cup. The Ribe cup was part of a collection of six small cups that had a Nordic origin with the Frankish silver cup making it seven.

The cup is believed to have been used for church ceremonies and had been produced either in Germany or the Alpine region.

From Fejo, the Vikings brought five small cups from the Scandinavian and a Frankish silver cup.

Another interesting acquisition by the Vikings was the Lejre hoard from Zealand and which included the Irish silver bowl with a medallion in Gold and which was made complete by the Filigree incorporated on its base. The bowl is believed to have been previously used in the church or monastery.

Among the silver items was a gilded Nordic cup accessorized with four bird-women. It was also inlaid with niello, there were also fragments of a glided cup and which had been decorated in the Mammen style. Also included in this hoard was a weight with imitations of Arabic inscription.  There were also beads of glass and quartz and a repaired bowl and a lid. 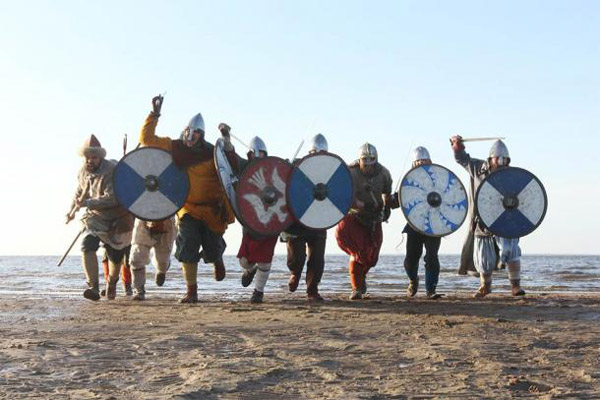 Things You May Not Know About the Vikings

They buried their dead in boats- the Vikings took a lot of pride in their ships and boats, to the extent of sending off their loved ones in either a ship or a boat. They cherished the work of their hands and believed that since the boats had served them well, they were the perfect vessels to be used when transitioning to the next life. All the prominent people were buried in ships, surrounded by sacrificed slaves, and weapons among other valuable goods.

The Vikings maintained high hygienic standards– It is believed that the Vikings enjoyed dips in the hot springs, they have been determined to have used combs, ear cleaners, razors, and tweezers. Most of which were made from animal bones and antlers.

They had basic rights for women– Viking women had the right to request for a divorce, they could also ask to be given back their dowries when their marriages came to an end. Most importantly is that they were allowed to inherit property. The Vikings however, married off their girls at the young age of 12 years old.

Viking men loved blonde hair– Vikings were an all-around people, and for as much as they liked decapitating men, they didn’t compromise their beauty. The men, therefore, used a strong soap with lye content to bleach their hair, there are also individuals who bleached their beards.

Vikings engaged in skiing– while skiing is not part of the games that you would expect to find in ancient times. The Vikings actually loved to ski, just to get around and also considered the sport as being part of recreational activity.

Vikings were slave traders– a good number of the Viking men accumulated their wealth from the slave trade. They then sold their captives in the European and Middle East Markets.

Vikings were smart individuals who existed in the ancient era. They had skills that made them famous and which attracted respect for the existing tribes. They were a wealth-conscious lot, more so the men but the best thing of all is that they granted their women basic rights. Such as the right to own property or get a divorce. 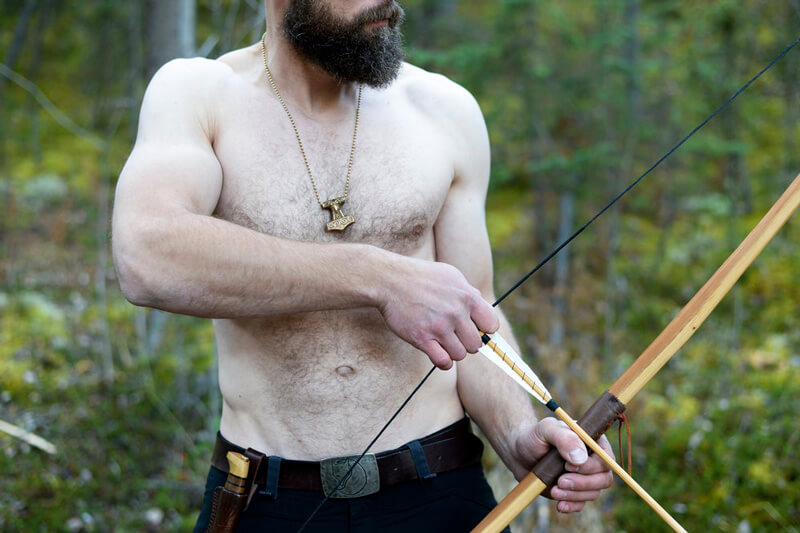 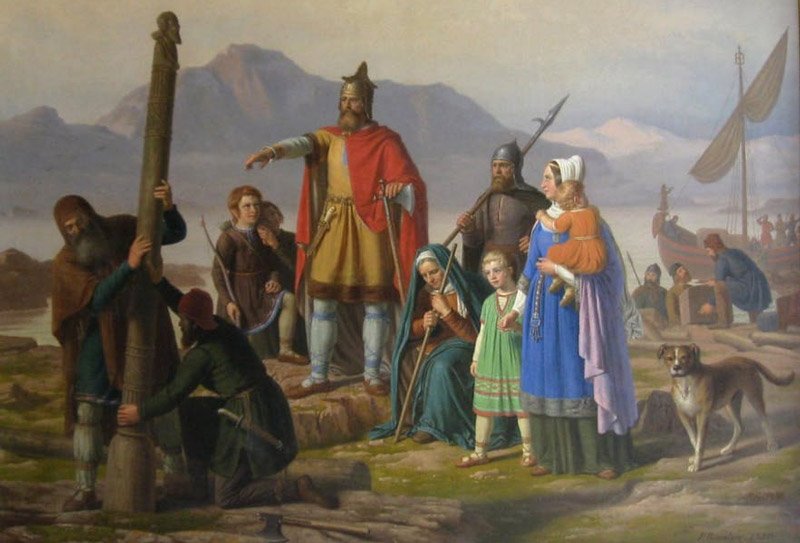 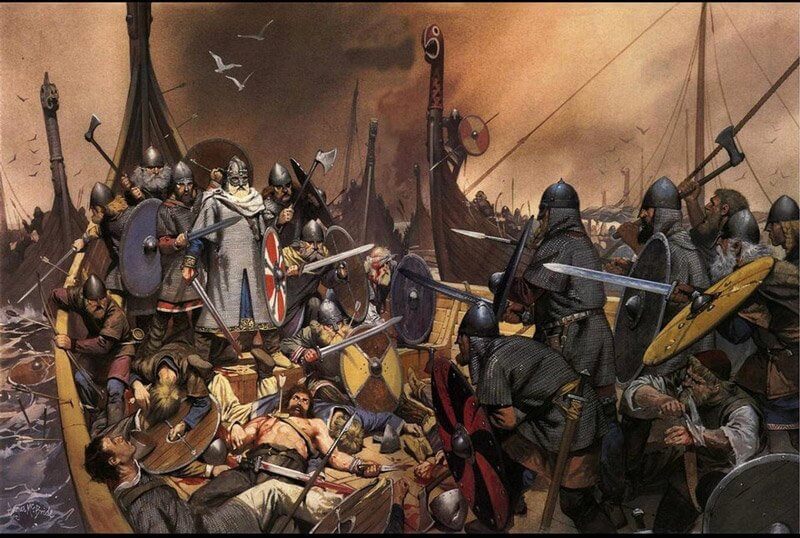 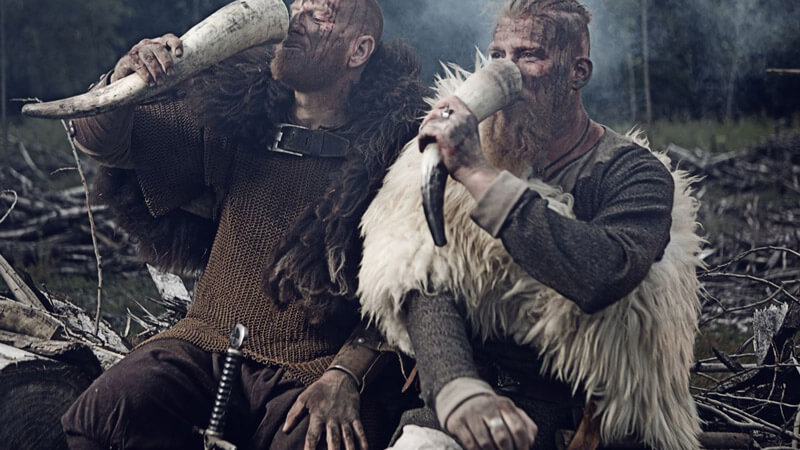