Home
Pirates History
What do pirates do for fun?
Prev Article Next Article

Pirates have existed for a long time. They date back to 1650 in the era of Henry Morgan and Bartholomew Roberts, some of the most famed pirates. Pirates were there in the Christopher Columbus era and continue to exist to date. The middle-aged pirates in the European territories were called the Vikings. In ancient times, most trade routes were on the sea. This is where piracy activities thrived. People have theories and misconceptions about pirates. Others do not believe that these people existed. Most rely on legends such as the treasure chests and plank-walking.

What Do Pirates Do?

Pirates are thieves that steal on ships and coastal towns. The act of robbery in ships and water is called piracy. Many folktales surround piracy. This is because not many people have across them. Their activities are solely on deep seas. They are believed to be brutal and merciless. Ancient images captured them as powerful and sharp-dressers. They operate in ships known as pirate ships. In Ancient Greece, pirates invaded trade routes and seized olive oil and grain. Today, pirates still attack trade ships and steal valuables such as gold, money, jewelry, and valuables relevant to this age. The plunder is shared among the pirate crew. Pirates were humans and despite their notorious lifestyle, they still enjoyed fun activities. 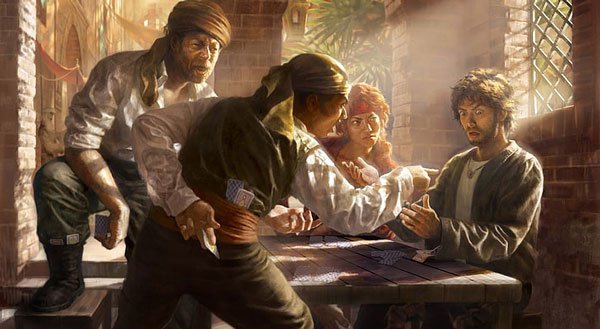 Do Pirates Play Board Games?

Pirates played board games. In the past, pirates did not have access to modern board games, but these folks were creative. They played cards, games of dice, coins, and chips. They made their complex guidelines and made them entertaining and interesting.  In this modern age, there are various board games to choose. Modern-day pirates can play advanced board games with ease. Pirates were money-thirsty individuals who created most of the games they played on board for-profit and gambling. Some still took their time to play for fun.

Do The Pirates sing?

Pirates were known to love music and songs. This kept them entertained and focused on their activities. The pirate ships were filled with great music and dance, and when they needed the sound of instruments, they kidnapped musicians from other ships. After they had their fun, they would return these musicians for ransom. A pirate who could play instruments was a great asset to the crew. Music and dance were common phenomena in pirate ships. Today, music is readily available. Today’s pirates do not have to work as hard or kidnap people for music. 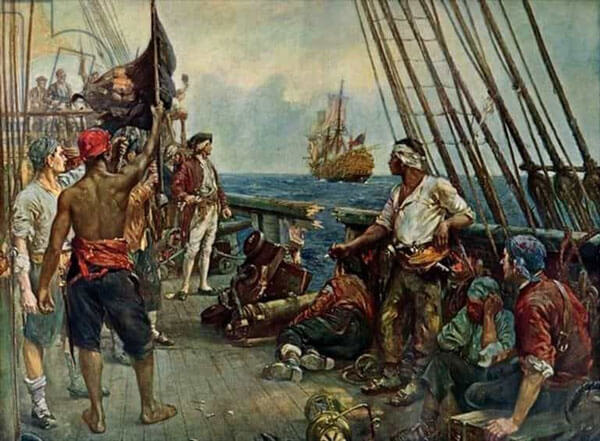 What Else Did Pirates Do?

People who engage in normal activities have their tools of the trade. The pirates were no exception. Their ammunition was kept aboard. These people needed to remain on top of their game and have fun while at it. The extra arms were used for practice on the ships. They set up targets on the ship and shot. When they wanted to test their cannons, they drifted items and used them as targets. Piracy wasn’t just music and dance and dividing booty. Things would get ugly during attacks. These activities came in handy when things would get heated up during battles. Their gunnery skills meant life or death.

This activity might come as a surprise, but pirates did ted to animals and all this happened on the ships. The pirates needed food for months or years. They needed food that would not go bad and animals were their only option. They made pens and reared various kinds of animals. They kept chicken for eggs and meat, goats for milk, and other animals that would be used as food. In time, these animals became pets and they would enjoy tending to them onboard.

Piracy, like other robberies, requires timing and long periods of waiting. As one can imagine, the deep sea is sparsely populated save for the pirate ship. With that in mind, pirates’ major activities included lots of naps. In the modern-day, one would imagine luxury naps on bunks below the deck. This wasn’t the case for the pirates as decks were used for storage. Most of the napping happened on the top hammocks. The naps were necessary as the attacks and invasions were unpredictable. They could occur in broad daylight or deep into the night.

In the piracy business, qualifications were not a necessity as long as one was interested. However, the captains and lead crew were educated individuals. The pirates hailed from various backgrounds and cultures brought together by their economic activity. With all that diversity in one ship, there was lots of cultures, exchange, learning new skills, and engaging in learning from the educated crew members. The exchange of information amongst the pirates was a common activity.

Pirates robbed all sorts of valuables including supplies and alcohol. The alcohol was considered as winning the jackpot. The drinking activities were induced with dancing, partying, and endless music, often to celebrate their win. Pirates stole from the rich merchants who traded things like gold and diamonds. This meant that the alcohol recovered was of the highest quality. There were strict rules and regulations on board to eliminate reckless drunkenness.

This was the icing on the cake and the sole reason for the risks and dangers of piracy. It is said that spoils were divided equally. While the captains got the lion’s share, the booty was divided fairly for all. Everyone onboard got what they deserved, and this made the reason why the pirates never abandoned their job. This was the epitome of all the fun activities engaged by the pirates.

This information demystifies all the violent tales and brutality associated with piracy. The pirates were fun people when they were not robbing and invading. This shows that they were just ordinary human beings that chose to engage in illegal activities for a living. Looks like they were not as bad as the media portrayed them.

Pirate Jewelry was part of Pirate&Viking culture. I we have developed some pirate-related fashion accessories and gifts in our web. There are rings, necklaces, bracelets, key chains, crafts, etc. To meet the customers around the world who love the pirate cuture too.