The golden age of piracy is the period when piracy was at its peak. They mostly operated in the Caribbean and the Indian ocean.

During the 18th century, piracy was at its peak. The period was referred to as the Golden Age of piracy. Pirates mostly plundered from merchant vessels and well-armed ships. Mariners, privateers, and work sailors turned to piracy so that they could easily make a living. Piracy was most rampant in the Caribbean but also on the western coast of Africa, and the Indian ocean.

The Golden Age of piracy refers to a period when piracy was at its peak. Pirates have always been around for thousands of years, but it was ripe during the 18 century. Pirates threatened ships that sailed freely on the open seas during this time. They mostly targeted merchant and well-armed vessels for their loot.

The pirates mostly operated in the Caribbean, the west coast of America, the Indian Ocean, and the Atlantic ocean. Men and women were tempted into piracy by the harshness of life. Because of the ongoing wars and lack of employment opportunities, they turned to piracy out of necessity. 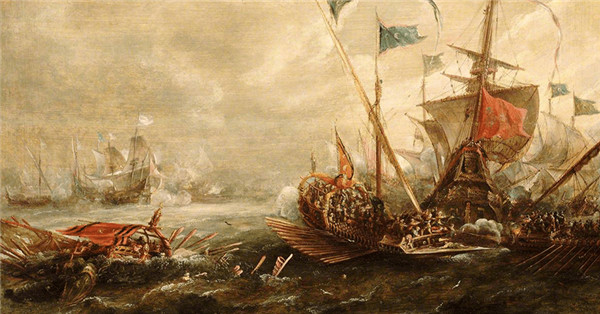 The advent and origin of the Golden age of piracy

The Golden Age of Piracy was rampant in the 1700s. Sea robbers threatened the trading roots of Ancient Greece. They attacked and seized merchant vessels with sell-able goods such as linen, olive oil, spices, sugars, and medicinal goods such as quinine.

The Vikings were the most renowned pirates who attacked shipping and coastal settlements. As piracy progressed, this gave rise to different types of pirates.

Privateer pirates were authorized by their government to loot and plunder from vessels of enemy nations. They would then share their loot with the government. The government later on issued ‘Letters of Marque’ that would protect the privateers from being charged with piracy, a crime that was punishable by death.

Buccaneers were pirates with bases of operation in the west indies and looted from the Caribbean Spanish ships. Corsairs were Christian or Muslim pirates that operated in the Mediterranean between the sixteenth to the nineteenth century.

Why did pirates become pirates?

While pirates have lived since ancient times, the Golden Age of piracy was in the 17th and early 18th centuries. Many pirates had a terrifying reputation. They advertised themselves by flying the flag banners. They threatened the ancient Greece routes and stole cargo, gold, sugars, and coinages from merchant ships. The most famous pirates were Bartholomew Roberts, Blackbeard, and Henry Morgan.

In England, there was an increase in population which led to a lack of employment. Especially in London, overcrowding was a big problem, and funds for the poor could not be distributed. Which meant people had to fend for themselves.

Small farmers were expelled from their properties by cruel landlords while those holding small businesses were opposed by those with businesses. The choice of piracy tempted poor seamen since it offered them the chance to take more control of their lives, and make a living.

Many people were enticed to go to the sea, especially young men who before they could make an independent living had to undergo a seven-year apprenticeship to be able to earn a living. Which led to people shifting to piracy in the sea.

Piracy not only presented a chance to get rich quickly but also offered a rare opportunity to exert a degree of power over others.

Another way people became pirates was through kidnapping. One of the most known ways in which a man became a pirate was by being captured by pirates themselves. When pirates raided a ship and managed to take control of it, they took the opportunity to scout for recruits to join their crew. 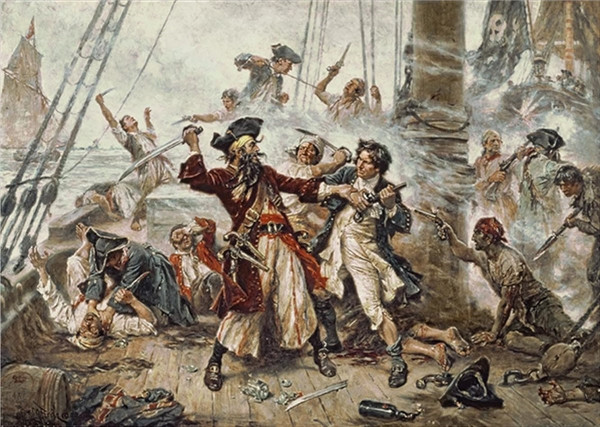 Pirates of the Caribbean

On his usual exploring excursions, at the end of the 15th century, Christopher Columbus established contact between Europe and new lands- later to be named America. These lands were later discovered to be a rich source of silver, gold, and gems.

During the 16th century, the large Spanish ships loaded with precious merchandise began to sail back to Europe. This attracted the pirates as they found it impossible to resist looting from these large ships. 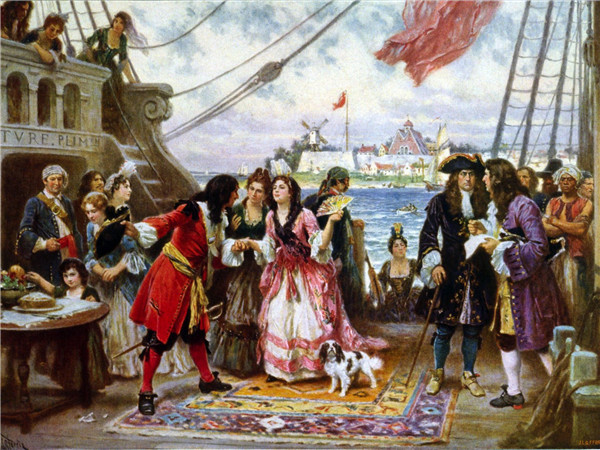 How did the golden age of piracy end?

The proclamation and king’s pardon

While Blackbeard and the pirates of Nassau continued to wreak havoc on the waters of the Caribbean plundering fortunes and treasurers, they were not aware of the ending of piracy. In September 1975, King George issued the ” proclamation for suppressing pirates” – The king’s pardon.

The British crown was willing to grant leniency to any pirate who would surrender to a governor of colonies by September 1718. This offer was not something most pirates could ignore as it meant freedom.

Many pirates who believed that they would be fugitives all their lives were free to return to society.  Even Benjamin Hornigold accepted this offer by the British crown and spent the rest of his life hunting pirates.

In January 1718, the British captain Woods Rogers was named the captain and Governor in chief of Nassau. He effectively ended the country’s period as a pirate Republic. Many pirates in Nassau had accepted the king’s pardon. Rogers began to rebuild the forts of Nassau and restore order to the town. His governorship, however, was not smooth sailing as pirates like Blackbeard fought to keep their hold on the island. He left his governorship of Nassau for England. He later returned to rule it as governor until his death. Of course, all this happened after the Golden age of piracy ended.

The golden age of piracy was at its peak in the 18th century. The pirates threatened merchant ships and plundered all their treasures such as silk, sugars, medicine, and gold. They operated mostly in the Caribbean but were also in the Indian Ocean, the Atlantic ocean, and the west coast of the United States. Many mariners and sailors became pirates due to a lack of jobs and out of necessity. 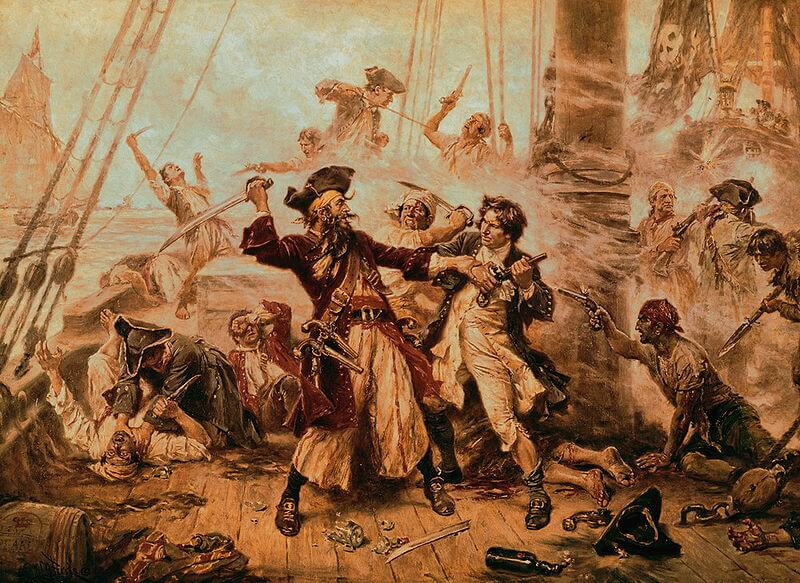 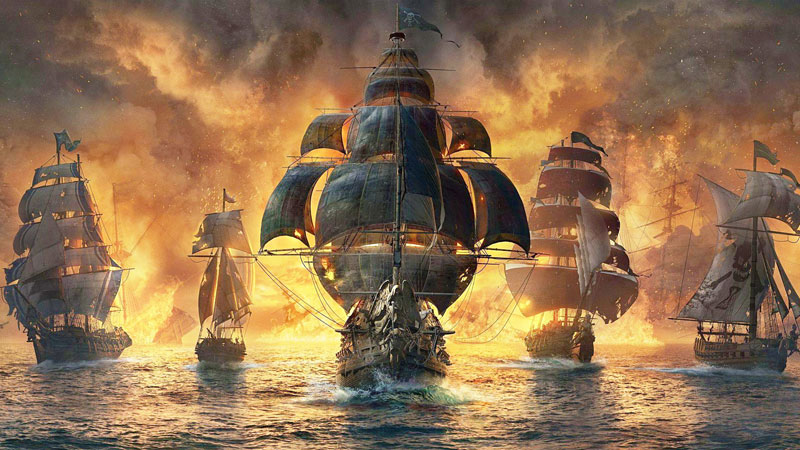 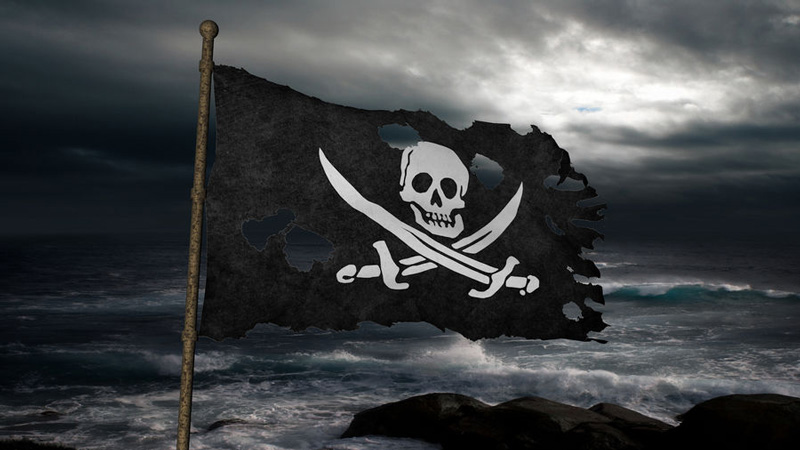 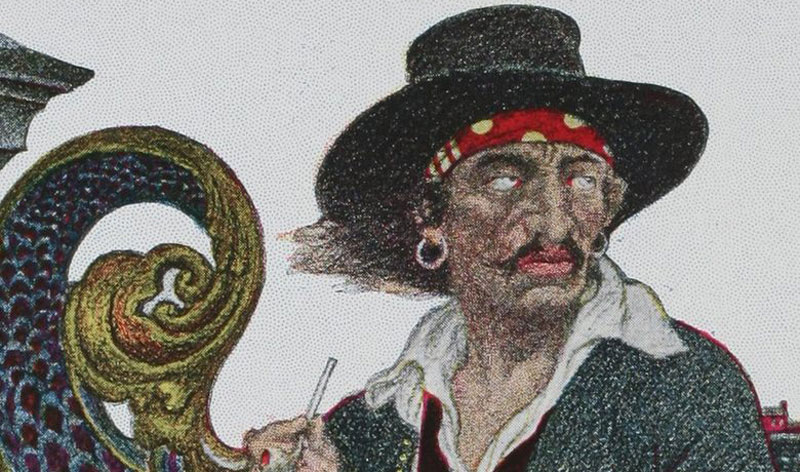 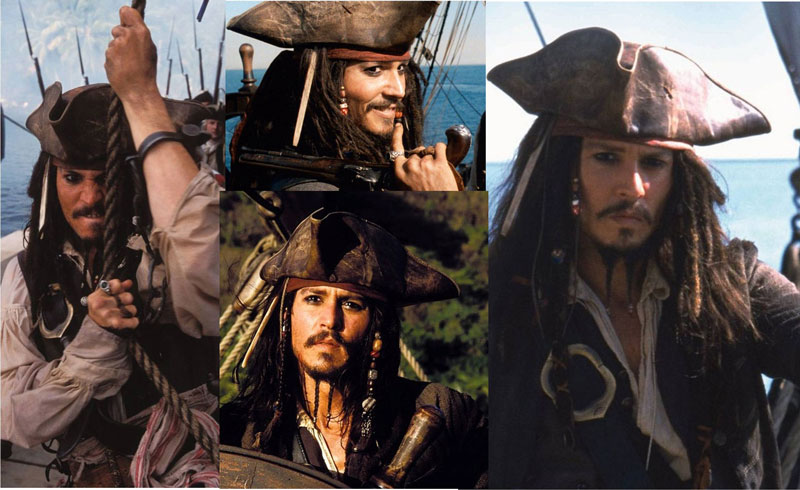 2 thoughts on “How Did the Golden Age of Pirates End?”