Generally, the Norse deities come in two groups, the Aesir and the Vanir. The Aesir gods were more modernized and warlike, while the Vanir gods were much older, more peaceful, and were associated with things like fertility. The Aesir included gods like Odin and Thor, while the Vanir included gods like Freyr, Njord, and Freyja, among others. But, where does Odr fall? Read on to find out!

What is Óðr god of?

Odr is the mysterious husband of the goddess of beauty and fertility, Freya. In Norse mythology, the name Odr means anger, vehement, divine madness, frantic, and furious, which entirely explains Odr’s character.

According to the Heimskringla and the Prose Edda that were written in the 13th century, Snorri Sturluson describes Odr as Freya’s husband and father to a beautiful goddess named Hnoss. Heimskringla further adds that Odr and Freya conceived another beautiful daughter, and named her Gersemi.

Some scholars have proposed a theory that Odr might just be Odinn because they seemed to have similar names and characteristics. However, the two are separate beings, each with their value to the Norse people. 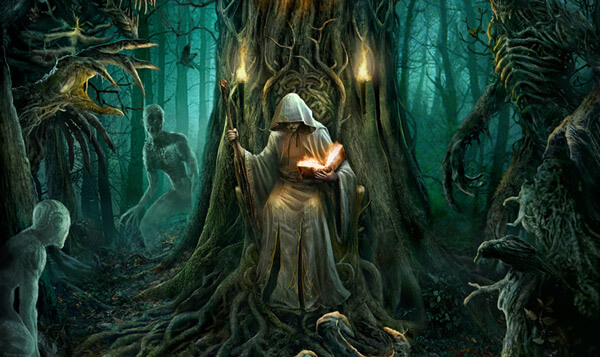 Snorri mentions a story about Odr, in which the Aesir god- Odin– played an entirely passive role. The story identifies that Odr went far away from the other deities and isolated himself from the gods. It was during this time that goddess Freya searched for him in vain, and wept tears of red gold in her husband’s absence.

According to Norse mythology, Odr was among the most mysterious characters and was the husband of goddess Freya. Freya was considered one of the most beautiful goddesses in all the nine worlds and was desired by all the creatures of Norse mythology, including the gods, giants, dwarves and elves. Many people tried to propose to goddess Freya and looked for all ways possible to win her over as their bride. However, none of their efforts worked until she met the mysterious man, Odr, who won her heart immediately. He and Freya got married and they were greatly in love. Freya was always joyful, happy, and smiling every time Odr was by her side, but it didn’t last too long. They had two daughters, Hnoss and Gersemi. Most scholars claim that the two daughters were so beautiful that every lovely and precious was called by their names.

Unfortunately, there was a time when Freya betrayed Odr. She spent about 4 days and nights with the dwarves because she wanted to claim the Brisingamen necklace. However, she wasn’t alone. Loki was in the room with her and saw everything that she did. When the goddess went back to Asgard with the Brisingamen necklace around her neck, Loki went and told Odin about Freya’s betrayal of Odr. Odin then told Odr about the betrayal, but Odr didn’t believe anything Odin told him and asked Loki to bring the necklace to him for examination.

At the time, Odin was so angry to an extent that one of his eyes was burning. It wasn’t easy for Loki to get into Freya’s great hall, so he had to shapeshift into a fly. After ensuring that Odr’s two daughters and Freya’s maids were asleep, he flew around Freya’s neck and unlocked the clasp on the necklace, and took it to Odr.

Immediately Odr got a hold of the Brisingamen necklace, he decided that he would leave Freya, which left her devastated and heartbroken. Odr didn’t tell her a thing about where he was going and just vanished. Freya drowned in her sorrows and cried for her husband every night. Her eyes were constantly red and had golden tears running down her cheeks. Amid her sorrows, she went to ask Odin about her husband’s whereabouts. Unfortunately, Odin couldn’t trace where Odr was, so Freya decided to travel across the 9 worlds in search of Odr. Her tears carried the most precious stones that the dwarves in Svartalfheim craved for, but she couldn’t give them.

Even after Freya traveled across the 9 worlds, she could not find her husband, who had mysteriously disappeared and abandoned her and their children forever. Freya carried that pain in her heart for a long time. 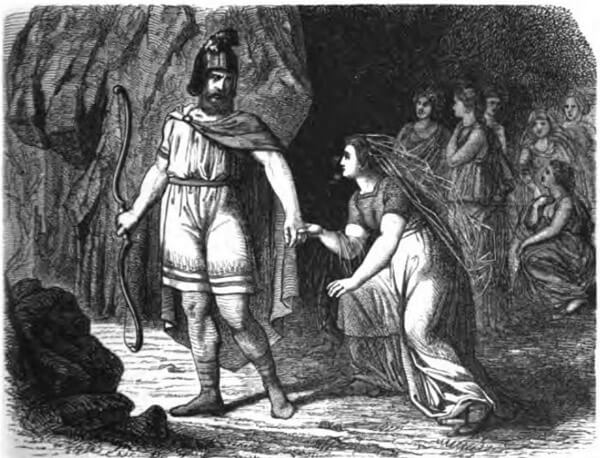 Supposedly, Odr was only a nominally distinct counterpart to Odin, the king of Asgard. One of the main reasons why people assume that Odr and Odin are one and the same person is because at one point in time, Odin was exiled from Asgard for a prolonged time, and Odr had left Asgard for a long time after the clash he had with his wife. However, it is clear that Odr only has 2 daughters with his wife, while Odin had numerous children, including Baldr and Thor. If the two were truly identical then they should have the same children, but this isn’t the case.

When it comes to Freya, it is very difficult to distinguish her from Frigg, the queen of Asgard and Odin’s wife. Generally, most sources identify that Frigg has always been an Aesir god, while Freya was initially a Vanir god until the time she was taken as a hostage by the Aesir gods after the Aesir-Vanir war. Sometimes, Freya is said to be the queen of Asgard because she sometimes visited Odin’s hall, Valhalla. However, this isn’t the case. She only went there because she was Odin’s concubine at one point in their lives.

Odr is married to Freya and is the father of two beautiful and precious goddesses – Hnoss and Gersemi. He often leaves Freya alone for long periods to go on journeys to explore the 9 realms. Because of this, Freya was always sad and would desperately travel across the realms in search of her husband, while crying tears of red gold. He is regarded as a mysterious being but played an important role in teaching the people of Midgard all the mysteries of love, happiness, passion, and pain. 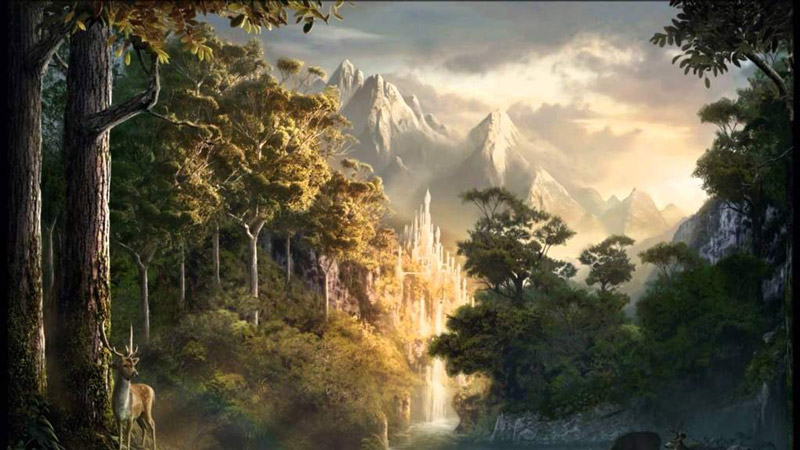 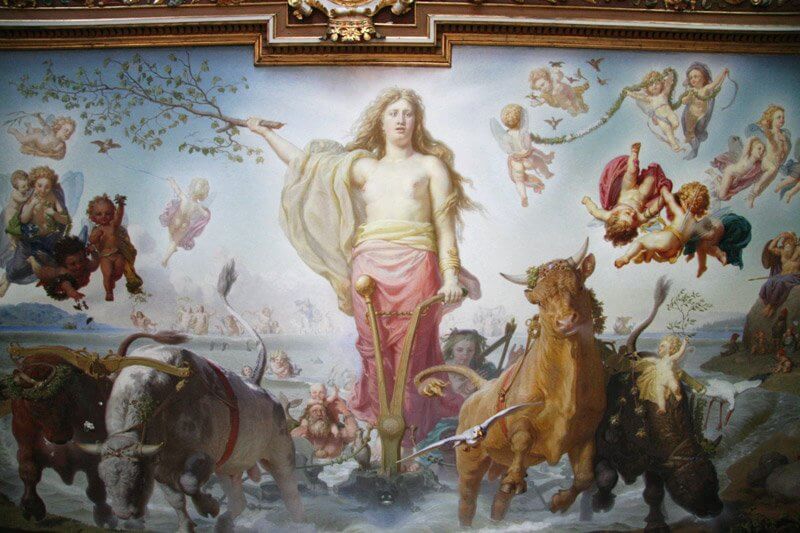 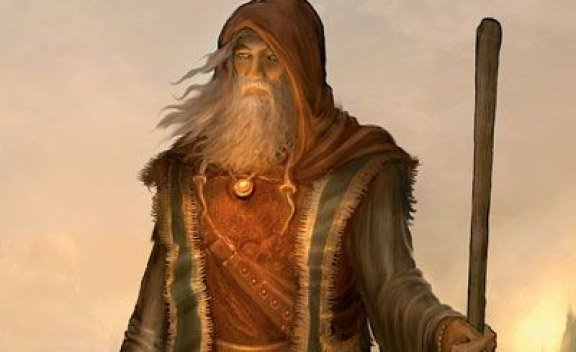 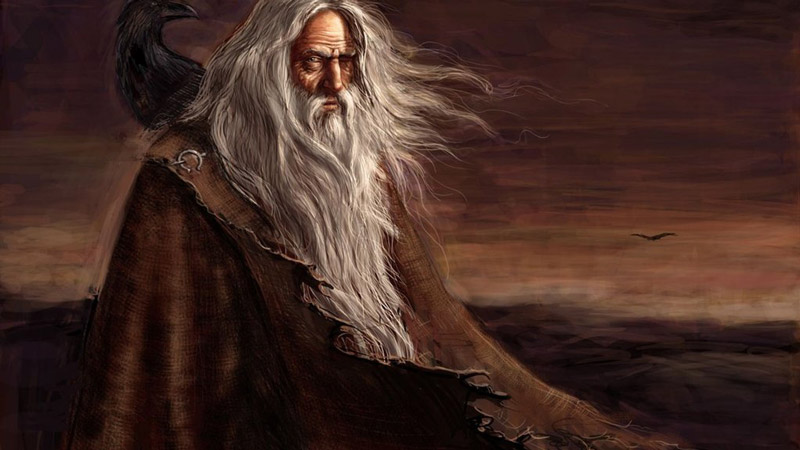 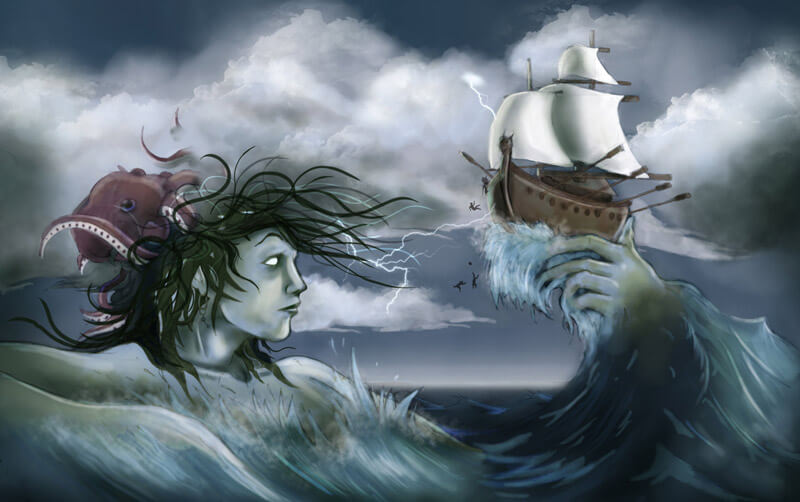