Odin goes by many names in Norse mythology, mostly because of the many times he has disguised himself but also because of his appearance. Among his many names, he is sometimes referred to as the one-eyed god. This is about his iconic missing eye. It is one of his symbols and how he was recognized by most of his worshippers.

You may be aware that Odin lost one eye, but are you aware of how it happened? What was the reason for him losing his eye? In this post, we will delve deeper into the events that led to Odin losing his eye, in an attempt to answer these questions. We will also cover which eye Odin lost and the meaning behind his missing eye. 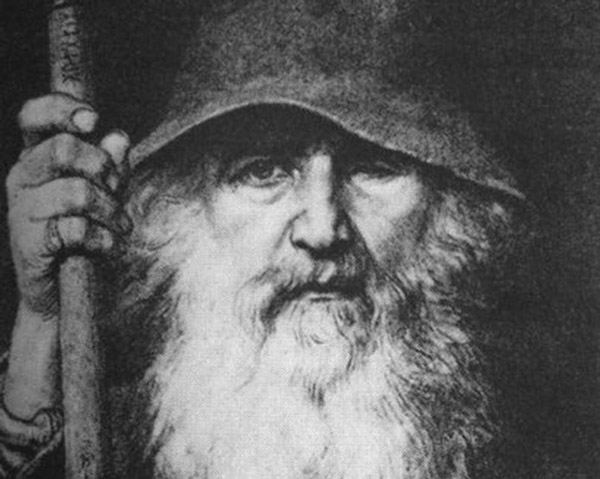 The Reason Why Odin Lost His Eye

Odin’s relentless search for knowledge is well known. He had a deep insatiable desire for everything, such that nothing could be hidden from him. He would, therefore, go to any lengths necessary to acquire it. That includes sacrificing himself.

So, when it comes to the question of why Odin lost his eye, the reason is that it was the price, he had to pay to drink water from Mimir’s well. Mimir was known to be intellectually superior to Odin. That was because he drank from the well of knowledge daily. Every drop of water from this well was said to carry unfathomable knowledge, and not the scholarly kind, but the divine kind. The water was believed to carry the wisdom of the ancestors that Mimir used to guide the Norse gods.

Odin desired to have this knowledge as well, so at the break of dawn, he made his way to the Well, where he met with Mimir. Upon requesting to drink from the well, Mimir put forth a demand. He knew the power contained in the water was great and therefore to acquire it Odin’s sacrifice also had to be great. As such, Mimir demanded that Odin sacrifice one of his eyes so that he may be allowed to drink the water. Odin obliged and gouged out his eye, handing it to Mimir, who drew out a horn filled with water from the well. Odin drank the water in one draught and waited eagerly to be infused with the knowledge.

It is said that after drinking from the well, Odin’s wisdom became unmatched. He was both past and future, happiness and tragedy. By giving up his worldly sight for a sacred one that gave he enhanced perception. He could pick out even the smallest hint of facial expression from anyone around him. He also gained wisdom from all his ancestors after drinking the water.

Some speculate that there was a reason that Mimir specifically demanded one of Odin’s eyes as the price and not any other body part. It is said that when Odin sits on his throne in Asgard, he can see everything from all the nine realms. So by plucking out his eye and dropping it in the well, Mimir was also able to gain sight of all the world by drinking water from the well. 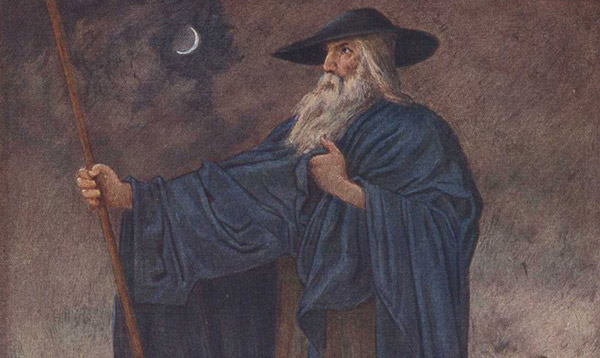 Which Eye Did Odin Sacrifice?

Unfortunately, there is no definitive answer to the question of which eye Odin lost. It is a debate that has been going on for ages, with the possibility that he could have lost his left or right eye. The issue is that there aren’t any truly written records of the Old Norse. The little that is there has many gaps in between the narrative and was written by Christians whose beliefs were contrary to the Norse people. It is therefore possible that their version is biased. 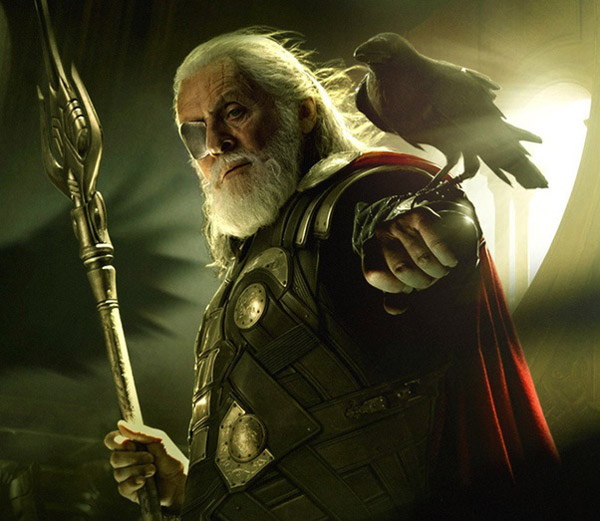 The act of Odin giving up his eye for the sake of knowledge is highly symbolic and carries a deep meaning. Many scholars have evaluated and interpreted this fact in many ways. So, there are several meanings and life lessons attached to the sacrifice.

One meaning is that the eye is a symbol of chaos, in terms of the troubles and unfairness of life we view through the eyes. The water from Mimir’s well carried the ancestral wisdom and traditions that the Mimir encouraged the gods to live by to be at peace. So, one could say, that by Odin sacrificing his eye for a drink of water from the well, he was sacrificing chaos to gain peace.

Another meaning derived from his sacrifice is based on the fact that the eye is a world and external vision. It isn’t sufficient in perceiving and understanding the world. The water from the well represents internal insights that allow us to properly evaluate what we perceive of the world around us. Therefore, by sacrificing one eye, it could be seen as Odin sacrificing the external vision to gain internal wisdom. With both forms of perception, he was now able to deal with any trouble he came across.

In terms of life lessons, one of the lessons we gain from Odin’s sacrifice is that there is no sacrifice too great when the reward is enlightenment. Another important lesson is that it is a noble act to be in pursuit of knowledge because even great gods like Odin, pursue it relentlessly having understood its value. By gaining wisdom from his ancestors, Odin also teaches us the importance of learning from the mistakes and experiences of those who came before us. One last lesson we get from this is that human or worldly knowledge is not sufficient to fully understand life and the universe, for that we also need to gain spiritual or godly knowledge.

The sacrifice Odin made if his eye is not his only self-sacrifice. He had also hanged himself from the Yggdrasil for nine days and nights with no food, water, or aid. He did this to acquire the knowledge of the Norse runes. This demonstrates the great lengths Odin would go to gain more wisdom. It also demonstrates the difficulty and high price we must all pay to become enlightened, be it time, money, or even health.