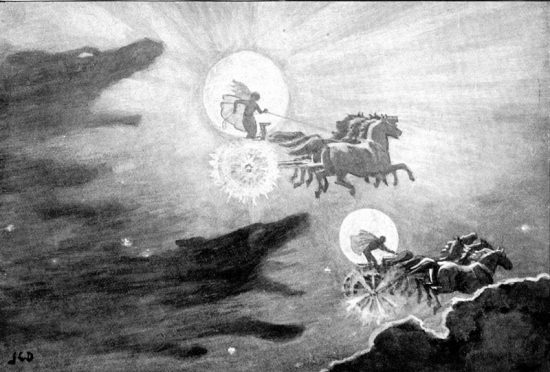 Both Fjorgyn and Fjorgynn don’t play an active role in the surviving mythological tales. Due to the scarce and far between references of the pair in Old Norse literature, the little information is known about them is gotten from passing references and the study of comparative religions.

To begin with, many scholars believed that the name Fjorgyn is related to the name “fruh” in Old English, “furuh” in Old High German, and “porca” in Latin. All these names are said to either mean “furrow” or “ridge.” Based on the relationship with the aforementioned names, Fjorgyn is suggested to be connected to the Old English prayer offered to Erce, mother of the earth. The prayer was recited during the cut of the first furrow during the growing season while pouring water, milk, honey, and flour into the ground. It was also an indication that Fjorgyn was an extension of the mother earth goddess.

Fjorgynn on the other hand has even fewer references than Fjorgyn in the Old Norse literature. In the instance where Fjorgynn is referenced, it’s suggested that he is either Frigg’s father or lover. The reference is in the Poetic Edda where the phrase “Fjorgynn moer” is used along with Frigg’s name, in a passage in Lokasenna. The phrase can mean Fjorgynn’s maiden or Fjorgynn’s mistress. In the Lokasenna passage, however, Loki was insulting Frigg for being promiscuous. So, under that context, the phrase Fjorgynn’s moer means Fjorgynn’s mistress. 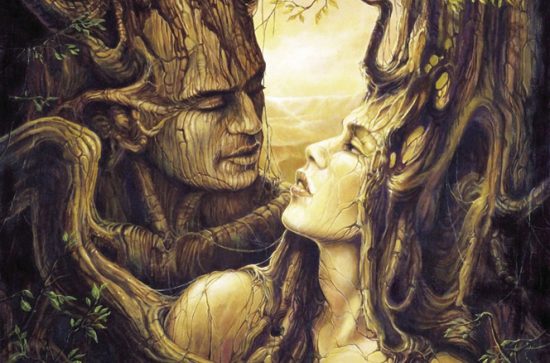 The names Fjorgynn, Parjanya, and Perkunas are all also said to be derived from the same Proto-Indo-European word Perkwunos. Perkwunos was believed to be the prominent god of the sky, rain, and storm. A trait likened to Thor.

In summary, if the name Fjorgyn corresponds to earth while Fjorgynn corresponds to the lord of the sky, then the pair is said to share similarities with Thor god of storm and thunder, and his wife Sif goddess of the earth. That would suggest that Thor and Fjorgynn are identical in the same way Fjorgyn is identical to Jord and Sif.

Although there is no clear and straightforward explanation as to how the two identical names came to be, it can likely be traced back to the Proto-Indo-European time. The two names are theorized to represent a divine pair like Nerthus and Njordr, Ullin and Ullr, or Freyja and Freyr, who all have very little information left to describe their similarities.