There are several legendary creatures from Danish, Scandinavian, and German mythology, folklore, and tales, sorted by their societal affiliations and social classification. In this write-up, we will extensively discuss one of the legendary creatures in Norse mythology – Askafroa, who is considered the guardian of the ash tree. 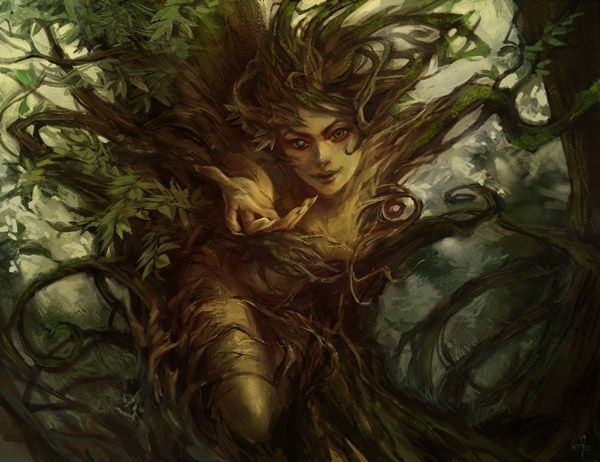 According to the Norse people, Askafroa is a female evil tree nymph that protects the ash trees in very gloomy forests. The Askafroa were often seen at the side of the ruling Erkling, the small elf-like creatures with a high-pitched laugh that is particularly entrancing to children, and they married the Erklings.

They had so much power and are believed to control plants of all types. They could make plants grow larger, animate them and turn them into hostile forces that protect them. Their kiss was the most powerful weapon they had, and they could use it to turn anything into a plant horror. If they kissed a human male, the guy would turn into a Faduah. The Faduah was a humanoid creature with its body covered in wood, flowers, moss, fruit, or any other greenery. The Faduah would protect the Askafroa that kissed them at all costs.

There is the narrative that Askafroa are former Dryads that lost their trees and turned hostile. This explains why the Askafroa would fake being gentle Dyrads because it was the only way that they could lure their victims without being suspicious. Dryads always took the form of a beautiful young woman and were embraced as friendly nature spirits. However, if the Askafroa approached a human in their original form they would be attacked by their buoyant vines and roots and eventually die. 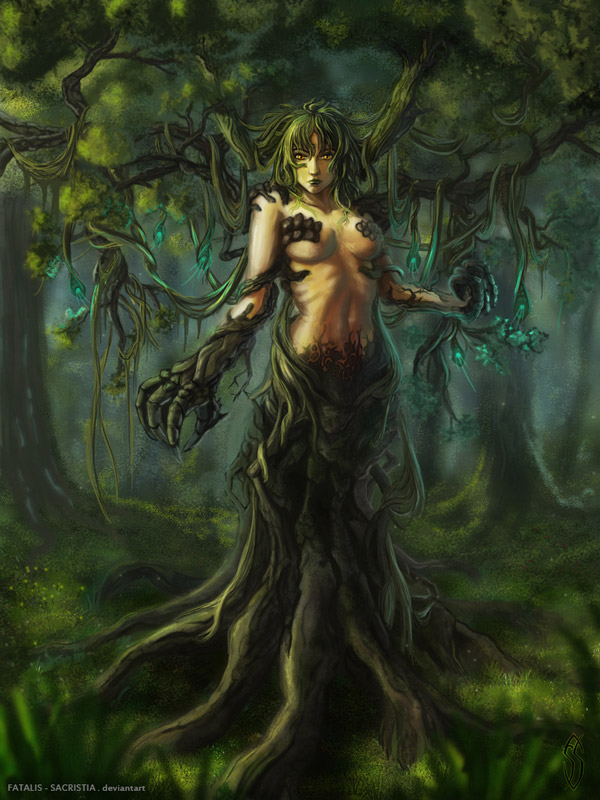 The story of the Askafroa is recorded in Hyltén-Cavallius’ ethnographic work Wärend och Wirdarne. He identifies the Norse belief that a female creature lives in the ash tree in Ljunit Hundred. Back then, the elders would sacrifice to the Askafroa on the morning of Ash Wednesday. Before the sun had risen, they would take time to pour water over the roots of the ash tree. Considering how much damage the malicious creature – Askafroa – would cause, the elders felt that it was important to win her favor by doing something that would please her. So, by nourishing her with water, the elders felt as though she would stay in her habitat instead of causing any disturbances to the human world. While sacrificing to the Askafroa, the elders would say, “Nu offrar jag, så gör du oss Ingen skada” meaning “Now I sacrifice unto you so that you cause us no harm”.

As we mentioned earlier, the Askafroa could control plants of all types. In that regard, the elders believed that if anyone went close to the ash tree and broke off any branches or twigs, they would become ill for a prolonged period.