Dragons are some of the scariest creatures that some people believe to be real, while others consider them a myth. Different cultures have come up with tales of dragons. These enormous reptile-like creatures destroyed things during ancient times, and brave heroes tried to kill them. One of the groups that believed in the existence of dragons was the Vikings.

Did the Vikings have dragons?

The Vikings had different stories and myths regarding gods, giants, and even dragons. In Norse mythology, the dragon was an essential creature that symbolized different things. Scandinavian countries came up with folk tales regarding dragons.

Different poems and chronicles depicted this legendary creature. One of the famous poems that talked about the Viking dragons was Voluspa. In Norse mythology, Vikings referred to dragons as dreki or ormr. The Vikings even came up with dragon ships that carried warriors to coastlines during wars.

Vessels that belonged to high-ranking Viking warriors featured a dragon head on the prow. This could scare away not only enemies but also even sea monsters. When the Viking warriors traveled in dragon ships, they managed to spread this Scandinavian culture to different regions.

Apart from the dragon ships, the Vikings also depicted dragons on buildings, jewelry and, runestones. They also created dragon carving on churches during the early Christian period. The Vikings depicted different versions of dragons on crosses and even wore dragon motifs.

The dragons in Norse Mythology were snake-like creatures with a very intimidating appearance. According to the Norse myths, dragons had huge heads and a reptile-like appearance.

The Vikings also believed that dragons could breathe fire and spread poison when they came across enemies.

These were enormous creatures with tall legs, some leathery wings, and large shoulders. Some of the dragons in Norse Mythology had scales, sharp claws, and horns. They believed that dragons were strong and brave creatures that had unexplained abilities.

What did the dragon symbolize in Norse mythology?

In Norse Mythology, the dragon was also a symbol of protection. The Vikings that traveled to war in dragon ships believed that the dragon would protect them during the war and help them get back home safely. Since the dragon symbol also conveyed strength, they wore dragon motifs to scare away dangerous creatures. The Viking tales of dragons reflect the balance between life and death, chaos and destruction.

The Vikings came up with a popular myth of a legendary dragon called Jormungandr. They believed that this was the dragon of Ragnarok. According to the tale, Jormungand represents apocalyptic destruction, and it had the appearance of both a serpent and dragon. Based on the Norse Myths, Jormungandr was one of the notorious, mythical creatures. This dragon prevented the sea from falling over the edge.

According to Norse mythology, the way this dragon held its tongue in its mouth symbolizes eternity. Jormungandr was the brother of Wolf Fenrir and the son of the trickster God Loki. The mother of this dragon was believed to be giantess Angrbroda, who is believed to bring grief. The Vikings called this dragon the Midgard serpent since its body encircled the Midgard (the human world) with its tail in its mouth. This dragon grew so much such that it wrapped itself around the Earth’s coastlines.

According to the tale, Odin’s son has the most connections with this dragon. On one occasion, Odin ran errands for King Loki, who asked for a competition. Loki asked Thor to lift Jormungandr, who was disguised as a colossal cat. Though Thor could not do it, he lifted one of the paws.

Thor later tried to kill the dragon when they went fishing with Hymir. Though he managed to pull Jormungandr, giant Hymer released this dragon back into the water by cutting the line. There was a prophecy regarding the beginning of the dark days of Ragnarok when Jormungandr would rise above the waves.

Thor also encountered Jormungandr at Ragnarok when the dragon released its tail and moved from the sea to the land. Though the dragon managed to poison the thunder god, it was killed after nine steps. Thor killed the dragon with a blow from his hammer that was popularly known as Mjolnir. Unfortunately, Thor died from the dragon’s venom.

According to Norse Mythology, Jormungandr symbolized a cycle of destruction and rebirth. Since this is a popular myth up to date, different designers borrow jewelry ideas from the dragon’s image. 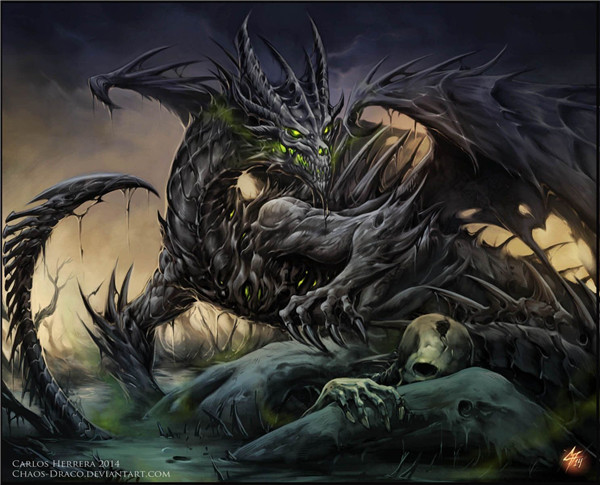 Ancient Norse poems refer to Nidhogg as the Malice striker. According to this dragon tale, the Vikings believed that an ash tree Yggdrasil supported the entire universe. They called this ash tree the tree of life since it supported the different realms of the universe. A dragon called Nidhogg was on a mission to uproot the tree and destroy the universe.

This dragon originated from underneath the base of the tree and entangled itself within its roots. It was one of the scariest dragons in Norse mythology since it had horns, sharp claws, and a scaly body. During darkness, the eyes of this dragon could sparkle. This dragon slithered the roots of the tree until it started turning yellow.

The discoloration is believed to be one of the signs of the Ragnarok disaster. The Vikings believed that it would be the beginning of Ragnarok when the dragon released its tail.

The Vikings also believed that this dragon counterbalanced law and order.

Apart from trying to destroy the tree, The Vikings believed that Nidhogg fed on the corpses of adulterers and murderers and stashed them under its large wings. They believed that their existence depended on the balance between good and evil.

According to Norse culture, Nid refers to the outcasts in society. The Vikings connected people like murderers and adulterers with this dragon. Nidhogg fed on the souls of people who ended up in the worst part of hell, referred to as Nastrond.

This was also another tale that had a tragic ending in Norse Mythology. The dragon tale involves the god Loki. According to the tale, a king called Heidmar had three sons who had shape-shifting abilities. One of the sons known as Otr once took the form of an otter and was killed by Loki. The other two sons of Heidmar were called Fafnir and Regin.

Heidmar was sad about the death of his son and asked for compensation from Loki. Loki had gotten a golden ring from a dwarf called Andvari, and he offered it to Heirdmar as compensation. Unfortunately, the golden ring had a curse, and it was believed to cause misery to the owner.

One of the sons called, Fafnir murdered his father to gain the golden ring when he was under the curse of the ring. When he did this, he escaped into the forest and transformed himself into a powerful dragon. He gradually transformed to guard the golden ring and prevent his brother Regin from obtaining it.

As a dragon, Fafnir was a skillful shapeshifter and quite smart. He enjoyed playing puzzle games with his victims before killing them. Since his brother Regin was dedicated to possessing the golden ring, he plotted to kill Fafnir with his stepson, Seigfried. He instructed him to bring the dragon’s hoard after killing Fafnir.

Siegfried managed to kill Fafnir, the dragon, but his stepfather Regin had plans to kill him too as soon as he acquired the golden ring. As soon as Siegfried killed Fafnir, he tasted his blood and started understanding the language of the birds. He overheard two birds talking about how his stepfather was planning to kill him.

Siegfried could not let that happen, so he planned on killing his stepfather Regin and keeping the ring to himself. This ring was cursed, and it was associated with death. The dragon Fafnir on the other hand, represents bottomless chaos and greed.

The dragon is strongly associated with the Viking age. Though many people associate the dragon with evil, the Vikings believed that this creature was a sign of chaos. They came up with different tales regarding dragons. Some of the strongest dragons in Norse culture include Jormungandr, Nidhogg, and Fafnir. Whether dragons actually existed or not remains a mystery to mankind. 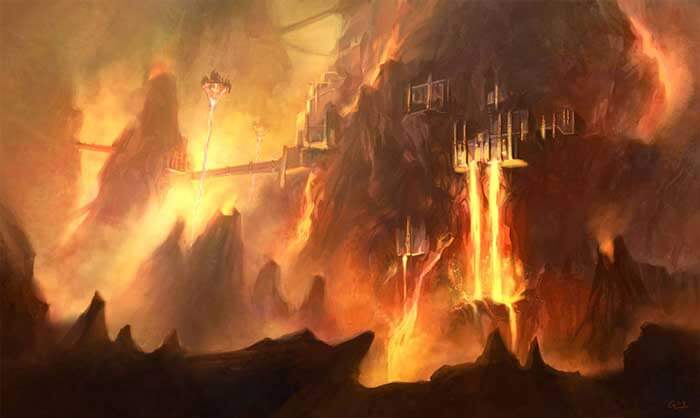 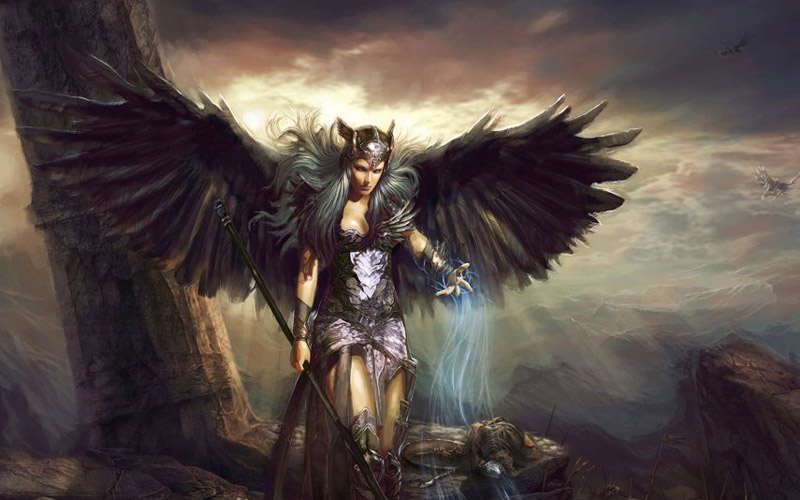 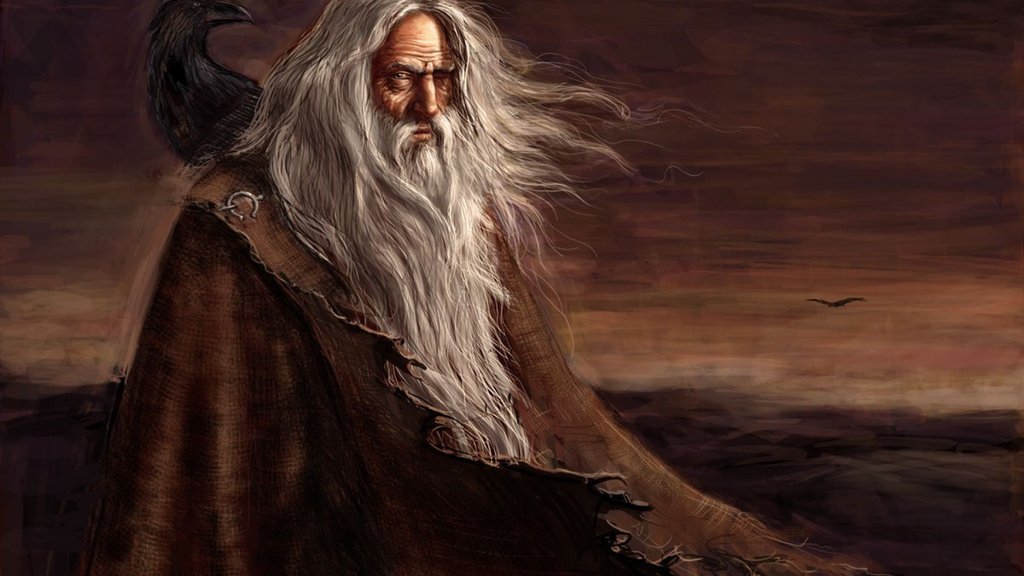