Home
Celtic Mythology
What Does The Celtic Tree Of Life Symbol Mean?
Prev Article Next Article

There are several important symbols found in ancient Irish Celtic mythology. The Celtic tree of life is one of those symbols. Here is an in-depth look at the Celtic tree of life, examining its history, what it symbolizes, and the different interpretations and meanings that this revered ancient Celtic symbol carries.

What is the Celtic tree of life?

The Celtic tree of life is one of the most popular Celtic symbols alongside the Celtic cross and many other symbols present in Celtic culture and mythology. Ancient Celts called the tree of life Crann Bethadh and believed it had magical powers.

The ancient Celts believed that trees were living beings and an extension of human life through ancestry in the afterlife. The fundamental belief in the magical powers of the tree of life explains why one big tree was always left in the middle of the fields whenever land was cleared for farming or settlement and why it was a serious crime to chop down the tree.

The tree of life is not exclusive to the Celts but can be found across several faiths and cultures around the world with variations in structure or type of tree. Whereas the Celts used the oak tree, ancient Egyptians used the acacia tree as the symbol of the tree of life. Islam, Buddhism, Hindu, Jewish and Christian religions all have variations of the tree of life with Christianity having it at the very beginning of the story of the existence and the fall of mankind in the garden of Eden.

The tree stands for harmony, perfect balance, strength, and wisdom across religions, cultures, and civilizations just like it does in the Celtic culture.

The origin of the tree of life

The Irish Celts believed that the tree of life was located exactly at the center of Ireland which they referred to as Uisneach in the County of Westmeath. The evidence of these beliefs held religiously by the ancient Irish Celtic tribes has been unearthed by historians in the form, of relics and pieces of art used in different religious and political ceremonies by the generations that lived in the distant past.

Celtic jewelry, weapons, and drinking vessels were deliberately designed with a hollow space to allow evil to enter the artifacts. This was later refined into intricate knot works which predominantly featured the Celtic Tree of life.

The modern world has continued to incorporate the tree of life as a popular motif in jewelry borrowing from the rich long history of the symbol spanning diverse cultures and many centuries. 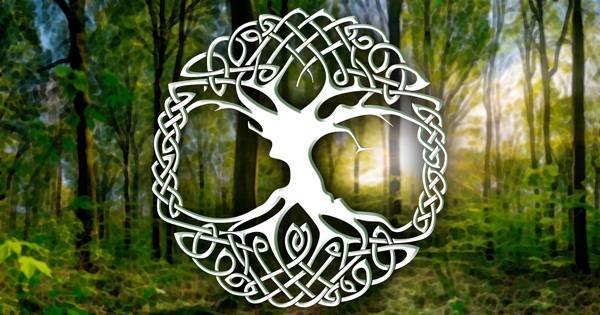 What does the tree of life symbolize?

The tree of life is an old-time tested symbol that symbolizes a variety of things in both the ancient and the modern world we live in today beyond the ancient Celts. It is predominantly featured on tattoos, artwork, and jewelry in modern times.

The ancient Celts believed that The Celtic Tree Of Life stood for harmony and perfect balance in the universe. It is important to note that ancient Egypt had a similar tree of life symbol; that has been found engraved in tombs with the same symbolism and meaning.

Symbolizes the connection between the living and the spirit world

Ancient Celts believed that humans came from trees and that trees were living beings. They revered trees as guardians of the land and the gateways between the living and the spirit world.

According to ancient Celts, the tree of life connected the upper and lower worlds. The roots joined humanity to the underworld while the branches linked humans to the upper world which provided a communication channel between God and mankind.

The Celtic Tree Of Life was also viewed as a symbol of strength even amid adversity. The roots epitomized grounded wisdom and guaranteed longevity of life. The tree was the perfect reminder that human life does not end but just transitions and regenerates afresh. Trees were considered human ancestors in the Celtic culture.

The tree of life in Celtic mythology is also anchored around the number 3. The Crann Bethadh is a perfect symbol of the trinity aspects in a subtly resembling manner. The roots, trunk, and branches represent the three phases of human life. The leaves and branches are a symbol of youth and vitality, the strong trunk on the other hand symbolizes adulthood while the roots represent the grounding of old age.

The three parts of the tree of life have also been known to symbolize generations in some interpretations. The grandparents and ancestors are the roots from which all the present generation is formed and nourished. The roots represent our origin.

The trunk represents the living parents who are the direct link we have to our roots and ancestry. They link the roots to the leaves to make a complete tree which is the basic family unit of human existence.

The leaves represent children. They signify growth, continuity, hope, and freshness to complete the perfect cycle of 3. 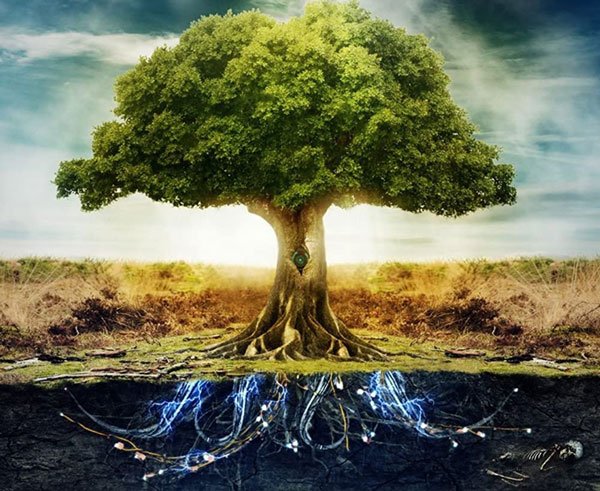 What Does The Celtic Tree Of Life Mean?

The Celtic tree of life means at a deeper end that the whole universe is connected in one perfect circle without a beginning point or an end. The roots reach the inner depths of the earth while the leaves reach upwards to the sky and light to nourish the roots as the roots nourish and support the leaves. This connection between the earth and the sky is symbolic of the connection between mankind and God and the full circle of life. It illustrates our connection to nature and the divine and cements our connection o our ancestors.

Trees are known to survive devastating storms and natural disasters. They are also known to sprout afresh when taken down. Uprooting a tree would require a lot of strength and immense energy to accomplish. The deeply rooted nature of trees epitomizes strength and stability making them the perfect symbol for use to illustrate real pillars of strength as symbolized by The Celtic Tree Of Life.

Trees grow slowly from sometimes very tiny seeds over hundreds of years to maturity. The continuous cycle of growth is reminiscent of human growth through the absorbing of information and new knowledge. The tree of life represents both spiritual and physical knowledge and deeper human awareness that nurtures sustains and promotes growth and all-rounded development.

Trees exist in different species. Each species has unique features that differentiate it from the others. The Celtic Tree Of Life is a symbol of human individuality and the unique characteristics that make people different from each other despite them sharing one common root they are human beings.

The fact that even trees of the same species planted in the same place will display subtle differences is why a tree is the perfect symbol of individuality.

Trees will change as seasons change. They will be barren skeletons during the fall but flourish into beautiful green wonders of nature during spring. Trees are engineered by nature to adapt and grow with the seasons. The seasons are always providing endless opportunities to change and grow more resilient. The Celtic Tree Of Life thus symbolizes rebirth for humans the same way new leaves will sprout on a tree after tough seasons are over.

It is not by accident that heritage and ancestry are always illustrated using a family tree. This is because trees symbolize the cycle of continuation of ancestry i.e. birth life and death that brings yet the cycle to the very beginning. New branches represent new life while the seeds represent new beginnings and the foundation stones of a bloodline. The Celtic tree of life stands for fertility, the cycle of life, and the continuity of humanity from the basic building block that is the family bloodline.

Trees provide shades from adverse heat, a place to relax, meditate or even connect with the spiritual realm. They provide a serene quietness that shelters not only troubled human spirits but also birds and other animals. The Celtic tree of life is a symbol that evokes feelings of quiet calm and serenity. It is an assurance that everything is okay when the situations around seem to say the contrary.

Trees begin from tiny seeds and grow into useful massive objects of nature that sustain not only the life of mankind but other animals apart from maintaining the perfect balance of the environment around them and the universe at large.

They will flower and finally produce seeds which will grow into new trees as the old ones die out or are cut off hence maintaining the perfect cycle of life. The Celtic tree of life employs the same symbolism to denote the full cycle of life and the endless continuity of human existence through ancestry and the bloodlines that sustain human generations.

Founded in 2020 by 2 history lovers and particularly of piracy, the Pirate Jewellery store is today the world reference in pirate products.We offer you pirate rings, pirate bracelets, pirate necklaces and pirate earrings.