Regardless of our nationalities, cultures, or religious beliefs, we all have special days throughout the year where we celebrate things significant to us. These could be birthdays, anniversaries, national and religious holidays, and so on. Well, the Celts were no exception. They also had a festival celebration known as Beltane that they conducted each year.

Beltane today, has become widely known as a pagan holiday that holds a lot of significance. While you may have heard about Beltane, do you know what it entails? What is the significance of these celebrations? In this article, we will offer you the answers you seek by explaining what this event is, why it is celebrated, and also how you can take part in it. 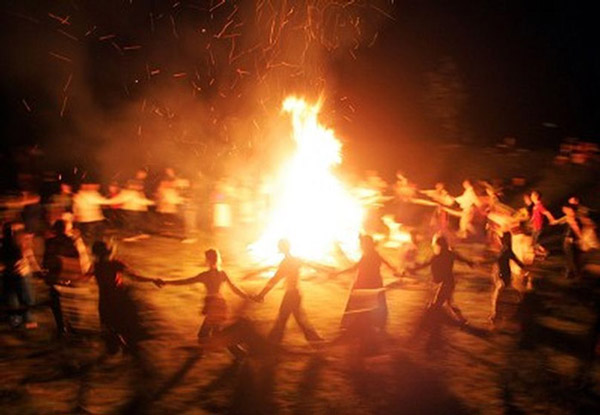 What Is Beltane Day?

Beltane is a Celtic word that means ‘the fires of Bel’ where Bel may have referred to the Sun god Belenus. The term can be roughly translated into ‘bright-fire’. You can therefore describe it as a fire festival, sometimes also called Mayday because the celebrations happen to fall on the first of May. It was an ancient ritual of the Gaelic Celtics found in regions like the Isles of Man, Scotland, and Ireland. They used it as a day to mark the changing of seasons and celebrate the beginning of summer.

The Celts were mainly herdsmen, which is why the festival was mainly about protecting their livestock and encouraging their fertility and growth. Being a fire festival, the celebration entailed two big bonfires which they would pass in between along with their herd. They believed that by doing this they would be purified and protected. At the end of the celebration, everyone would take embers of the fire and light the hearths in their home. By doing this they believed they were all connected, and that the fire would protect them and their homestead although the months ahead.

Another thing about Beltane was that it was like Halloween, in that it was a time when the veils between worlds were the thinnest. The only difference was that this made it possible to see and maybe even interact with fairies and nature spirits in their worlds. The Celts believed that the faeries and nature spirits were most active around this time. As such there were faery forts, wells, and other sacred places, where they would leave offerings to appease them and ensure a successful season of growth.

Overall, Beltane was a time when many people would come together and celebrate. There would be lots of food, drinks, and dancing. This was something that wasn’t possible during winter because it was too cold and there weren’t spaces big enough to accommodate large numbers. This is why Beltane was seen as the first time of the year when the community would gather together.

Eventually, this tradition faded along with many other Celtic traditions. It wasn’t until around 1988 when some of these Beltane traditions were brought back thanks to groups like the Wiccans. Today, it is widely celebrated by many pagans around the world albeit not entirely in the same way as ancient times.

What Does Beltane Celebrate?

Beltane is celebrated on May 1st. It falls on the cross-quarter day that marks the middle of spring. That means that we are in between the Spring equinox and the summer solstice. Around this time, you can feel the clear shift in energy. Days are longer and considerably warmer, and new life is just beginning to blossom.

For the Celts, the festival was about celebrating communities coming together to give thanks and appreciation for the beginning of summer. It was also about purifying themselves and their homestead as well as, increasing their fertility. It was also the best time for them to perform courtship rituals and celebrate their fertility. 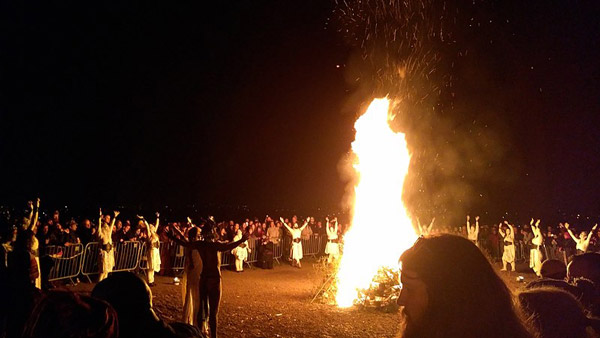 What Does Beltane Symbolize?

According to earth-based cultures, Beltane is one of those festivals that celebrate and honor nature’s oldest love story. The celebration symbolizes the reunion between the goddess and the green man/god. Based on ancient lore, it is believed that they two were separated all winter, and Beltane marks their glorious and eternal embrace. As a result, the whole world comes alive with bright colors and new life to celebrate the union of the divine masculine and feminine energies of nature.

As such, the festival is also a representation of new life. A fresh start where things can start over. It can also be taken as a symbol of rebirth seeing as the earth is being reborn. It can be a time of reinvention and improvement. Based on the day’s strong association with fertility, Beltane can also be seen as a representation of sexual peak, growth, and abundance. It is a time for you to embrace your sexuality. It is also the ideal time to communicate with the nature spirits and ask for abundance and growth. Lastly, Beltane symbolizes the celebration and appreciation of nature.

How Beltane was celebrated in ancient times by the Celts, differs slightly from how modern-day pagans celebrate the festival. That’s because most of the Celtic Beltane rituals died along with the culture ages ago. Luckily there are still a few traditions that were revived around the mid-20th century, and a few new ones added. For most pagans today, the celebration is mostly about honoring the great fertile energy at that time and praying for their fertility and abundance. It is also about celebrating nature and the earth. The following are some of the ways you can choose to join in on the celebrations:

This is one of the most common fertility rituals practiced today. It involves a pole in the middle of a field, with many ribbons tied at a central point at the top. Each person holds one of the ribbons and proceeds to perform a ritualistic dance around the pole, that intern weaves the ribbons together. This dance was mainly done by women and girls.

These are baskets filled with flowers and goodwill. You can prepare such a basket and gift it to someone or people who you feel need it. A good example would be elders or the sick.

This is a special fire, lit by rubbing two sticks together, on the day of Beltane. No other fire should be lit around you on that day. If you are a couple you could jump over the fire as an act of union. You could also do it to bless your fertility. At the end of the day, each of you can take the remnants of the fire and use them to light fires in your individual homes.

Beltane is all about the coming together of people. So why not do an activity together that would strengthen your bonds. You can build many baskets together. You could create floral wreaths to wear or weave flowers into each other’s hairs.

There is no better time to be outdoors. It is a time when the world is being reborn, and the veil between our world and those of fairies and nature spirits is thinnest. It is the perfect time to be outside reconnecting with nature and yourself. Who knows you may spot a faery or two?

Dance and be merry

Beltane is a celebration after all. So put on some music, dance, and go wild with those you love. Also, eat and drink to your satisfaction. The festival is a day of positivity, happiness, and gratitude so enjoy yourself.

Beltane is one among many of the festivals celebrating spring, in earth-based cultures. Just because it is identified as a pagan holiday doesn’t mean that you must identify as one to take part in the celebrations. The day is about celebrating the earth we all live in. There is nothing wrong or evil about the celebration, especially once you understand what it is about and what it represents. 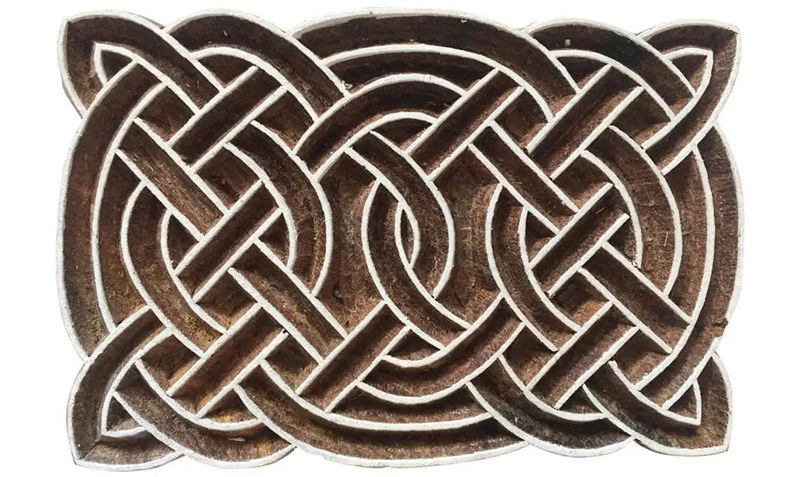 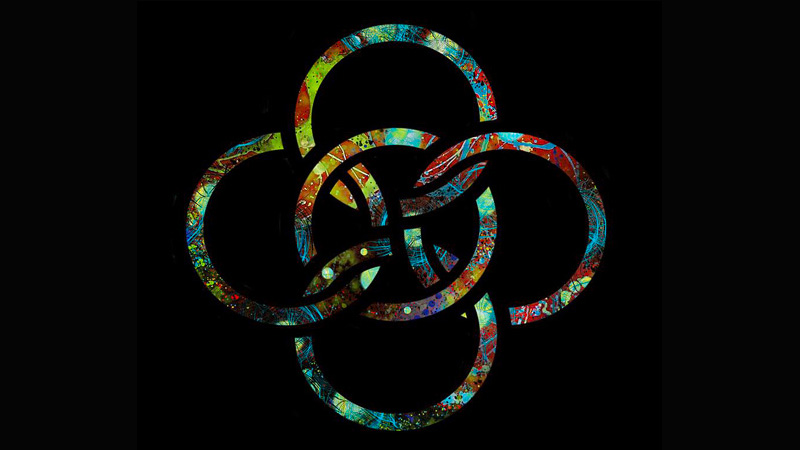 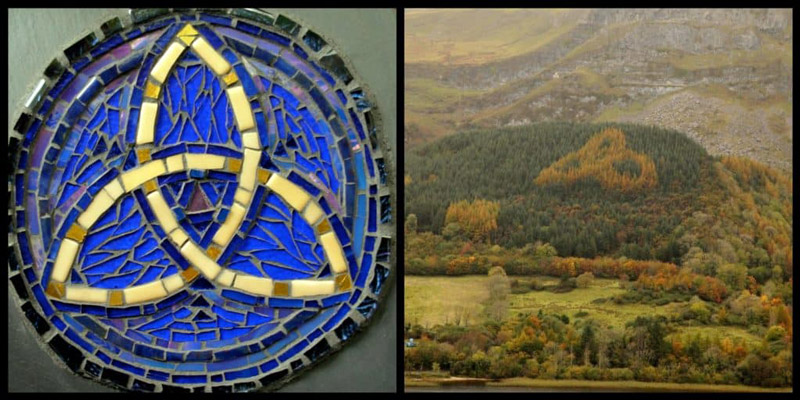 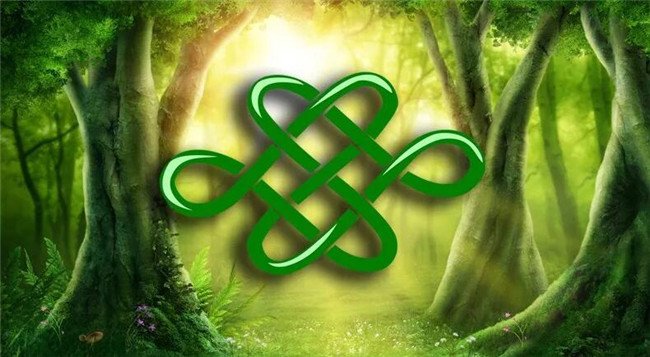